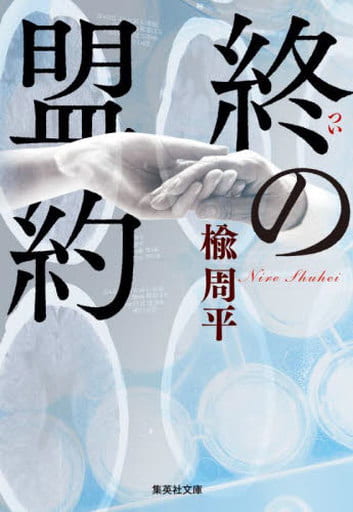 Japanese Literature
Shueisha Bunko / If a demented parent wishes to die, what would you do? The sudden death of a demented father. A secret agreement between doctors. Can the elder brother of a doctor and the younger brother of an attorney reach the truth? The biggest problem in the history of Shuhei Nire history. The next challenge is "euthanasia." One night, Teruhiko, an internist, sprang up with the scream of his wife, Keiko. His father, Hisa, was looking into Keiko's bathing. When he went to Hisa's room, he was covered with a canvas on which a naked woman similar to his wife and sexual intercourse were depicted. When he was convinced that Hisa was demented, he told his younger brother, Shinya, who was also an attorney, of the existence of an advance directive,' If he becomes demented, I will hospitalize him in a specialized hospital. I will refuse any kind of life-prolonging treatment.' He was prepared for his father's long-term care, but soon Hisa died suddenly. The cause of his death was cardiac failure. However, there were some who were suspicious of Hisa's death. [Author Brief History] Shuhei Nire (Shuhei) was born in Iwate Prefecture in 1957. While working for an American company, he wrote in 1996, 『 C's Gospel 』, which became a bestseller. He devoted himself to writing from the following year. From hard-boiled and mysteries to economics novels reflecting current affairs. His books include' Kyosuke ASAKURA' series,' Takashi Arikawa' series, 『 Revived 巨流 』 『 Platinum Town 』 『 Shura no Utage, 』 『 Lake Clover, 』 Elephant's graveyard,' Kyosuke ASAKURA' series,' Takashi ASAKURA' series,' Rebirth in the States,' Sleeper in the States,' Mission in the States,' 』 in the States,' 『 in the Sanda in the States,' 『 in the States,' 『 』 『 』 』 『 』 『 Saliers 』 『 』